The University of Parramatta is aiming for a world first this month when they send a dozen temperature loggers to the sun. Three of the units will be placed on the surface of the sun while the remaining units will be embedded deep within the sun.

Prof. Fiterol, head of the Astrophysics Laboratory said that Australia was in a prime position to fully appreciate the challenges presented by the extreme temperatures encountered on the sun. “When you come from a sun burnt country you learn to respect the power of the sun.”

The results will allow scientists to predict solar flares as well as gain an insight into the origins of the universe. NASA are very keen to work with the Astrophysics Laboratory but the University of Parramatta is trying to avoid showing any form of favoritism with thed New Zealand.”

There were a large number of technical issues that had to be resolved. The first was to do with size. The larger the unit, the harder it is to launch. When Prof. Fiterol discovered the thermocron temperature logger, he knew he was looking at the future solution.

Unfortunately the next problem was to do with temperature. The heat of the sun is too destructive. The problem plagued Prof. Fiterol for years, but a solution finally came to him in bed one night – do the experiments at night. The coolness of the evening, especially in winter, would provide an invaluable head start in the race against heat.

Finally, the extreme temperatures expected within the sun was the final issue. According to Prof. Fiterol “If the sun reaches 60° on a really hot day, we expect the inside of the sun to get even hotter”. The answer was to use the “TCU – ultra extreme thermocron”. It’s ability to log up to 140° would be easily able to withstand the expected temperatures within the sun.

So if all goes according to plan, tonight at 10pm, twelve hot air balloons will be launched, carrying the first temperature loggers to the sun, and tomorrow may be the dawn of a new error in knowledge. 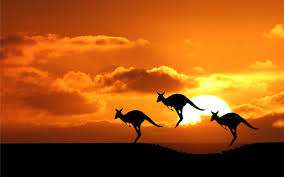 It would appear that writing fake news releases is far more interesting than real ones. I’m still tossing up if I should have put “era in knowledge” or “error in knowledge”. Feel free to comment.