After nearly a decade of research, the University of Parramatta has released a paper showing a clear link between poor hand washing in hospitals and tsunamis.

According to the research team leader Dr Ongo “there is a clear case of cause and effect. With doctors and nurses not washing their hands correctly, they are causing these incredible tsunamis that we are now experiencing”. 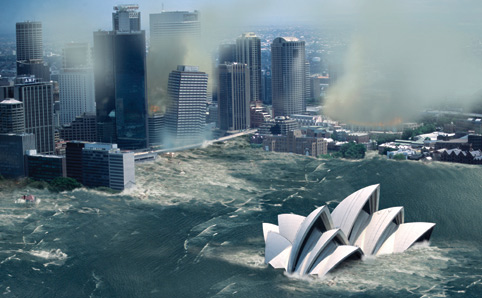 The team conducted a trial run in the Pacific Island of Wotalotabul in which hospital staff were properly trained in hand washing, were actively encouraged to wash their hands, and had the correct resources made available to them. The results were almost instantaneous with a 47.5% decrease in the number of tsunamis recorded on the island.

When the trial was expanded to local GPs the results increased to a staggering 68.3% decrease in tsunami activity.

This break through is likely to save millions of lives every year. Dr Ongo has now been nominated for a Nobel Peace Prize.

Oh wait, it’s another one of those totally fabricated, over the top headlines.

OK, the sequence of cause and effect may have been a bit out, but poor hand washing in hospitals does cost lives. It doesn’t take a tsunami to kill innocent people, just one touch here and one touch there.

Now for the product plug – Glitterbug Lotion for hand washing training – training not cleaning. This is about teaching staff how to do it correctly in a fun and practical way.