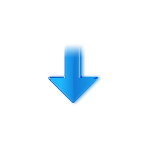 But Google has shown me that it isn’t. Well, to most of you. I know there are a few exceptions. And to make it even worse, I suspect that those exceptions are people like me working out who else cares.

And so we put all this effort into promoting them, especially on the internet. And we expect people to come hammering at our door, because these things are so great.

But Google has this great feature called the Google AdWords Keyword Tool. It tells the user how often people search for specific phrases.

And the scary news is – you aren’t.

Last month in Australia less than 900 people searched for “temperature loggers”. It’s just not up there in people’s thoughts. I don’t know why because I think about them every day!

But then I typed in “Food Safety”. It came in at 33,000. So at least people are concerned about food safety. But why don’t they care about temperature loggers because that’s one of the best ways of monitoring food temperature.

I’m sure there is a lesson in here. Some deep truth about the nature of self-centred people, and needing to consider other people, to not be so self-absorbed, to not be focused on our own ideas, and to broaden our mind to the larger world around us.

So with this in mind, I say to you…

“Stop being selfish and thinking about other things, and think about temperature loggers for once!”

Or did I just miss the point?