Comparing Vaccine Fridges We now monitor thousands of vaccine fridges and consequently we get calls from clients to discuss some of the issues they are having. And I would have to say that all vaccine fridges are not the same. There are a number of features common to most (all?) vaccine fridges including: Fan forced […] 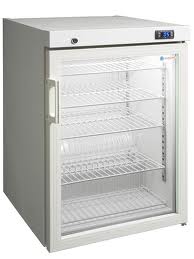 After 10 years in the business, it now appears that temperature loggers are becoming a normal option for monitoring vaccine fridges. And it is also finally getting to the stage where a vaccine fridge is considered not only best practice, but the standard practice instead of cheap domestic fridges. But why should people spend more […]

For the transport and storage of vaccines. 2°C to 8°C are the critical temperatures. In fact, vaccines are still viable below 2°C but once some vaccines freeze they are no longer viable. So 0°C is actually the super critical vaccine temperature and 2°C provides a buffer zone to take into account inaccuracies and other sources […]