eTemperature: Changing the line thickness in the report The issue A customer asked if they could change the line thickness in the graph on eTemperature. It was too thin for photocopying if needed. The solution eTemperature allows users to customise many aspects of the report. This feature is a very advanced feature and demonstrates the tradeoff between pure power and simplicity. This feature […] 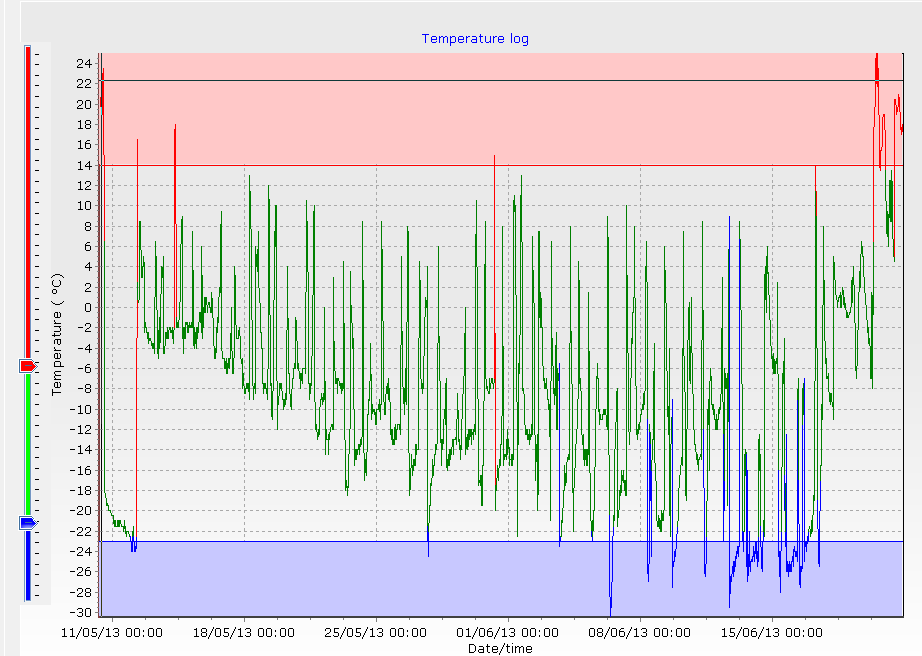 eTemperature 8.24 has to key changes: New data formats for the Excel export Dual sliders for the min/max instead of two sliders Excel export formats When pressing the Excel button, you now have 3 options. All readings: The first option will export the entire table as is, and is the equivalent to how eTemperature used […] eTemperature version 8.19 has just been released. This is a critical update for all versions since 8.11. Autosave The “auto-save” feature has been unreliable since version 8.11. To also ensure that users are clearly informed as to when results are saved, the dialog box has been reintroduced. This will mean that if you are using […]

eTemperature Version 8.15 has been released. This is a minor release. Report changes When we converted to a new reporting engine we gained a number of features. These include – users being able to modify the report – more export options for saving the report – a higher resolution graph output But some old features […]

This is another minor release with a feature requested by a customer. It is now possilbe to change the description when the results have been downloaded or saved. This is to help people who forgot to set the description up originally and it just shows as “unknown”. The new name will appear in reports, in […]

eTemperature Version 8.13 has just been released. This is primarly a bug fix release with no significant new features. The key new features include: – “Save as…” menu item under “File”. This is to allow people to easily open a file and save it under a different name or new location. – “Check for updates” […]

eTemperature version 8.11 has just been released and is available from the software page.  It is available as a free upgrade to all paid users. Version 8.11 has the following new features: Home tab: The home tab contains a list of the most recenlty opened files. This option also allows you to filter for specific […]

If anyone is experiencing problems with printing the graph in eTemperture then the latest release should fix the problem. It is currently on our web site as the beta version but will soon be officially released as version 8.03 (or later). There are also a number of other minor features included, and we will update […]

The new eTemperature manual is now available in an online form at eTemperature Online Help. The new manual provides more information on both the everyday tasks and the more advanced features. For many users eTemperature is simple enough to use without reading the manual, but if you want to get the most out of the […]