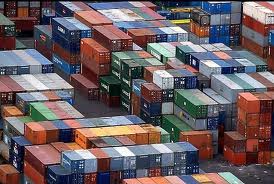 Transporting temperature sensitive cargo is always an issue, as you are never sure the information that the transport company is giving you relates to the position that your cargo occupied.

One of our customers was transporting 200 litre drums chemical dispersion from Europe into Australia. Their chemical came by both air freight as well as sea freight. This particular chemical dispersion lost is properties if stored below 2°C and above 35°C. They found it difficult to gain reliable information for the transporting companies that actually correlated to their findings that they were receiving shipments where some drums were fine but others just did not work.

We suggested that they use Thermocron Temperature Loggers to record the temperature during transportation. The Thermocron is a small disc about the size of a thumb nail. The TCS was chosen for this logging procedure because the customer wanted to record the temperature every 15 minutes, so the memory capacity of the TCS meant that there was 83 days’ worth of data that could be stored. With this versatility, the TCS was then suitable for both air freight as well as sea freight.

The Thermocron TCS temperature loggers were programmed to record a temperature every 15 minutes and placed in a see through envelope on the side of each of the drums when palletised in Europe. Then once the stock arrived in Australia the data could be downloaded to ascertain of the chemical had been transported correctly.

The results surprised the transport company as well as our customer. Some of the air freighted material was being transported well below 2°C; while other product, possibly offloaded in Singapore as aircraft were changed, reached 33°C. The sea freight was more stable in temperature, but there were occasional spikes of temperatures for shipments over 35°C.

The logging meant that this customer could isolate the suspect stock and test the propertied before sending out to their customers for compounding. Once the temperature logger results had been downloaded in Australia, they were reprogrammed and sent by mail back to their factory in Europe for reuse. This process is now part of their Quality Control Procedure, and they have stopped their customers receiving poor quality dispersion, but they are still having some issues with the transport companies.